Prepare for a global career with Capsicum
Capsicum graduates can be found working all over the world in boutique establishments, large multi-national hotels and resorts, leading restaurants, and on ships, yachts, planes, and islands. Many of our graduates have also established their own successful businesses. We assist our students with industry placement and exposure to important players within the culinary and hospitality fields. International placement and study abroad opportunities are also explored and encouraged at Capsicum.
We measure our success by our graduates. In more than a decade Capsicum has produced over 6 000 alumni working all over the world who have established themselves as leaders within various markets. You will find our graduates working at various levels in the industry. Their employers range from boutique establishments to large multi-national hotels and resorts. Others have taken the entrepreneurial Capsicum spirit and established their own hospitality-inspired businesses and consultancies.
The skills gained at Capsicum are not only applicable in the culinary world, but also in an entire industry of hospitality-related businesses:

A word from Ashton Robertson

Being a chef isn’t just a job - it’s a lifestyle. One filled with passion, goals and a need to experiment with culinary trends. A great chef strives to be the best at their craft and never stop learning and pushing the boundaries.
I believe a recipe, in the Hot Kitchen, is not the Bible, but rather a guideline to be experimented and expanded on - an opportunity for you to rise above the chef who created the recipe. In this way food will never be stagnant, but rather keep evolving and reaching new heights.
I believe Capsicum breeds this culture in you as a young chef, and also equips you to survive and thrive in this industry. It opens doors into different avenues and helps you to find your strengths as a young chef in training.
Ashton Robertson
Corporate Executive Chef

A word from Candice Adams

The term “chef” is very near and dear to my heart. It’s so much more than just going to culinary school or working in the industry for a few years.
It’s a term of respect that is given by people that work alongside you in the illustrious hospitality industry.
Being a Chef is a lot of things.
It’s the culmination of a lot of learning, practicing, and yearning. It takes years of time and practice.
It comes with a responsibility for life-long learning and a deep seated passion and love for cooking and baking. It’s more than just a job title or a skill, it’s a way of life!
Being proud to wear a Chef’s jacket goes hand in hand with having respect for what makes it possible: the ingredients, the workspace and your colleagues.
You ready?
Capsicum is your gateway to this amazing career.
We offer a range of culinary qualifications in professional cookery and patisserie grounded in theoretical and practical training, resulting in academically sound, trained and qualified chefs with sound skills and a profound understanding of the passion, grit and flair needed to be successful in this industry.
At Capsicum you will obtain the academic and real-world practical experience to best prepare you for a demanding yet utterly rewarding career as a chef.
Candice Adams
Academic Manager 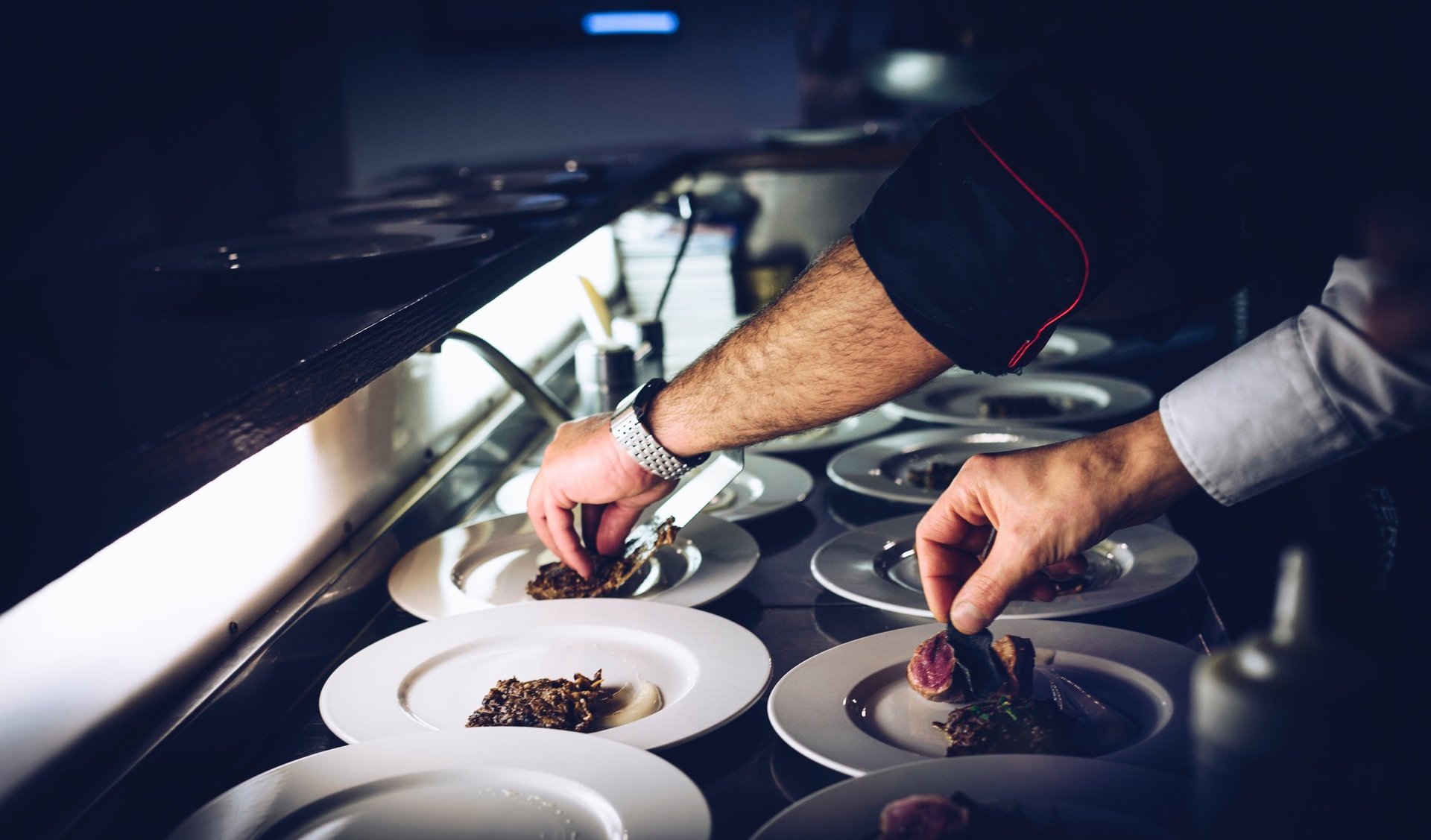 The Capsicum Industry and Development Team works with hotels and other hospitality businesses across the country to ensure our students have access to the best training opportunities available.


As part of the Industry Placement process, students are required to prepare their CV's and list 3 industry preferences on their Industry Placement Request Form. The Capsicum Industry and Development Team then researches the available positions at suitable hotels and related establishments. 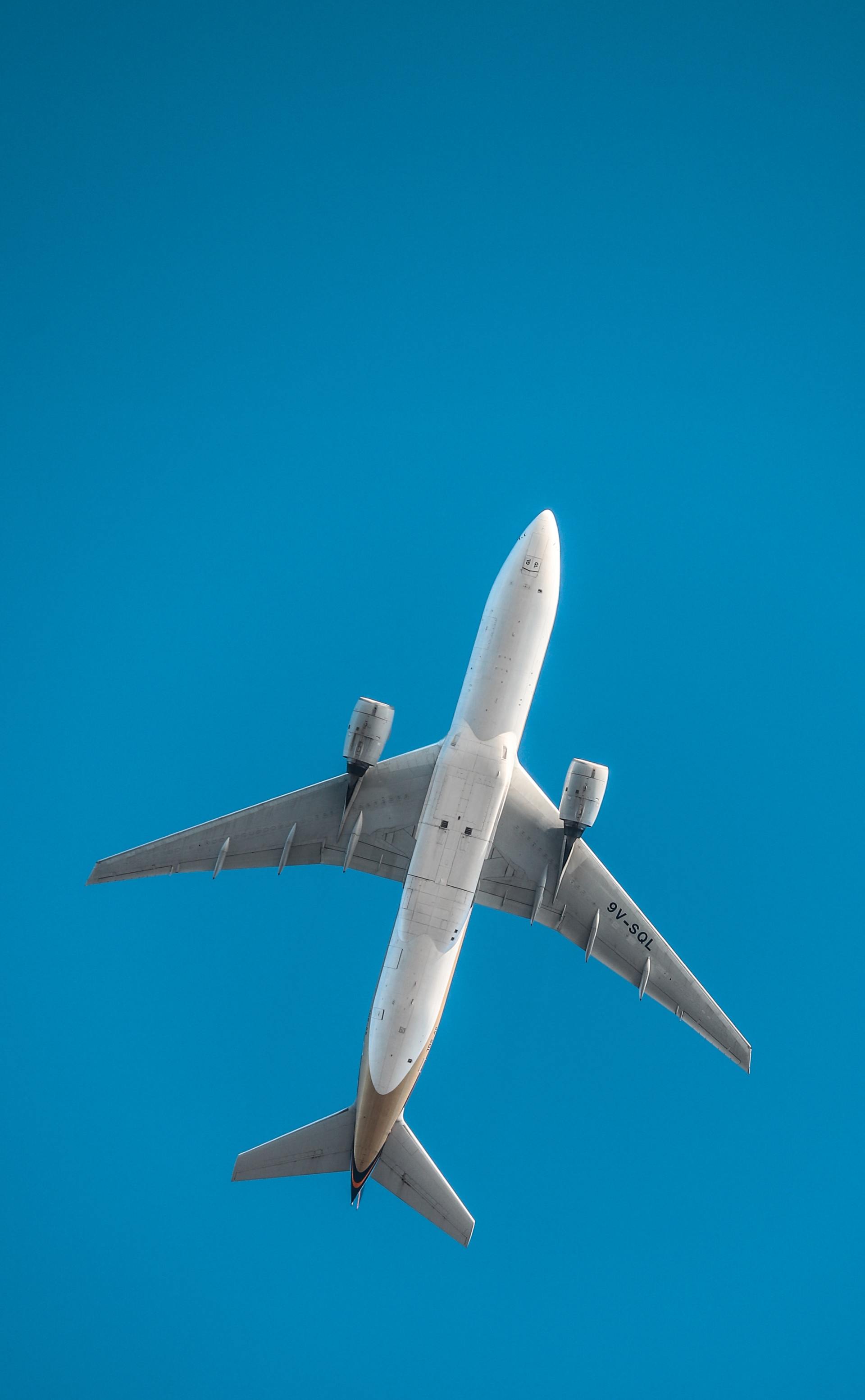 Culinary skills are universally recognised which means that travel opportunities can take you around the globe. Therefore, whether you want to work at a remote island resort, in a 5-star hotel or on a cruise liner, your culinary qualification is the ticket you need.


Upon completion of a Capsicum programme graduates can possibly be matched with international job prospects (via the International Recruitment Forum organised by the Swiss Education Group (SEG)). 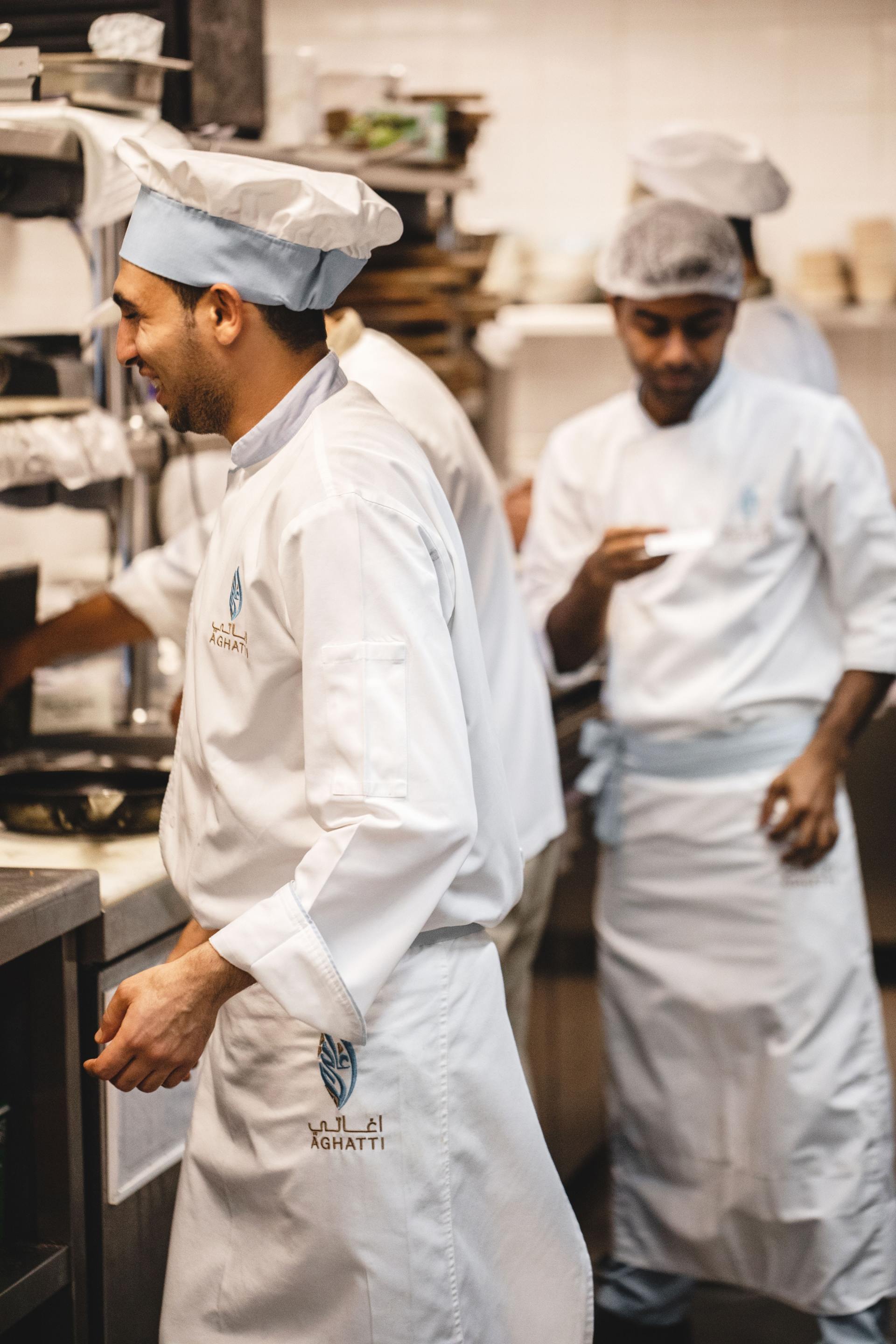 Capsicum is proud to be a stepping stone for our graduates, helping them to further their education and complete a Bachelor's Degree abroad at the Swiss Education Group (SEG). The Culinary Arts Academy Switzerland (CAA) is an internationally renowned institute for culinary education that forms part of the SEG Group. This world-class institution in Switzerland offers students the chance to live, learn and work in one of the leading countries for hospitality training.


By immersing yourself in the culture, language and way of life, you're bound to gain more than just an exceptional culinary experience. Regardless of the campus you choose, either downtown Lucerne or in Le Bouveret next to Lake Geneva, each establishment offers accommodation and meals, modern training facilities, and industry-leading equipment and technology. 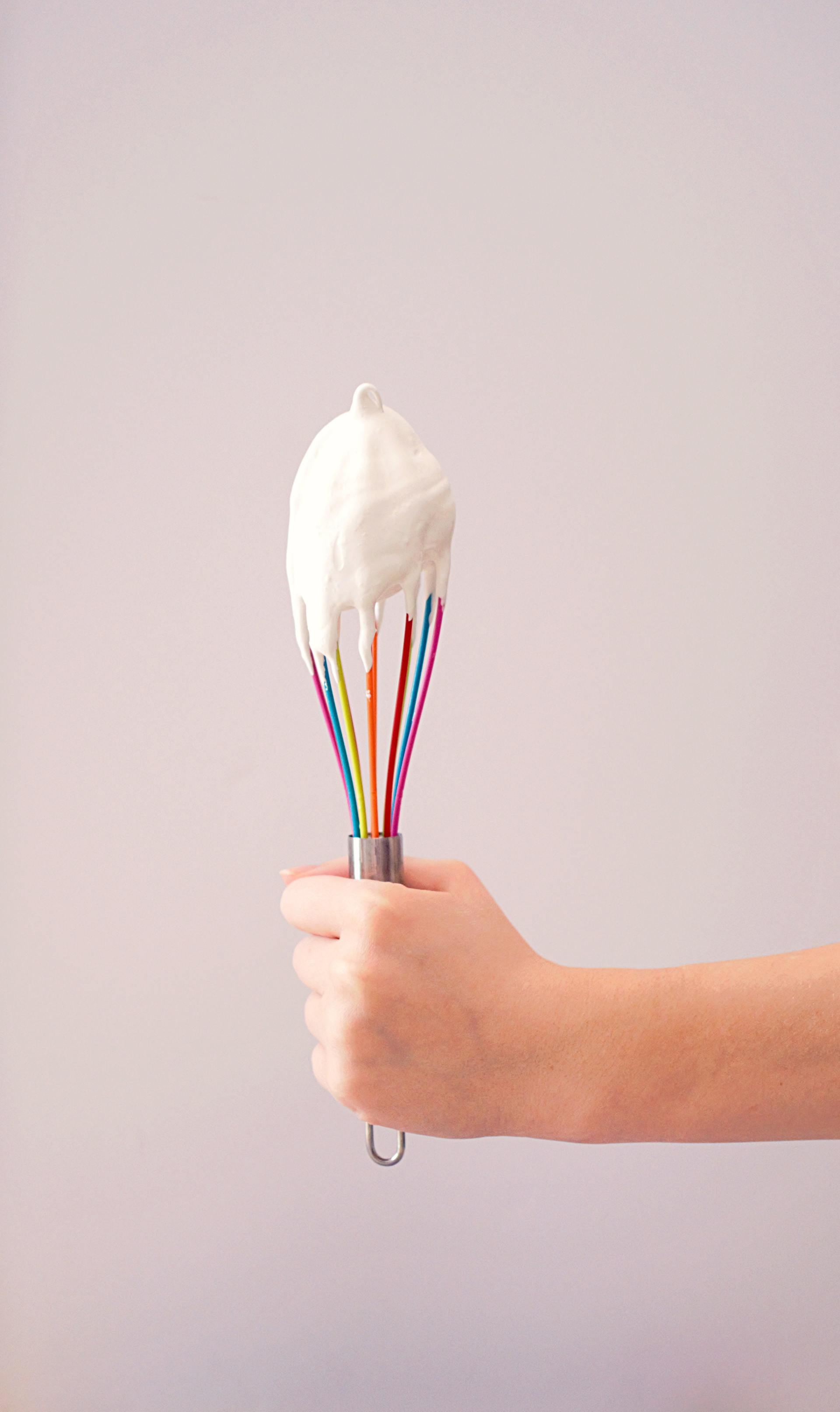 "Even while I was studying at Capsicum, I gained work experience at various places organised by Capsicum, including Matt Manning, Audacia Wine Farm Market and SA Cheese Festival. After completing my course, I was afforded the opportunity to work in Florida in America. I worked at La Mouette Restaurant when I returned home and I am currently working at The Allan Gray Orbis Foundation in Cape Town.”


- Ukhonaye Mconi (Diploma in Food Preparation and Cooking - graduated in 2017)


“Experiencing every aspect of the industry is vital and I believe I gained that from Capsicum. Today, I have an awesome little shop, BillyBoo’s Cakery, where I service Cape Town and surrounds with macarons, custom cakes, and all the sweet treats for any celebration.”


“After completing my Diploma at Capsicum, I came to Dubai to pre-open a Japanese concept restaurant named Kyo Café and Lounge on Palm Jumeirah. I was offered to work here from May 2016 until September 2017 in the pastry section. I was offered a position in the pastry kitchen of Renaissance Hotel. This will be the first renaissance hotel to open in Dubai and the United Arab Emirates. I will also work for the Morimoto Restaurant which is in association with the Renaissance Hotel in Dubai.”


- Hendrik Pretorius, Currently working at The Renaissance Hotel in Dubai. (Diploma in Food Preparation and Cooking - graduated in 2016)